The problems with biofilm and water systems 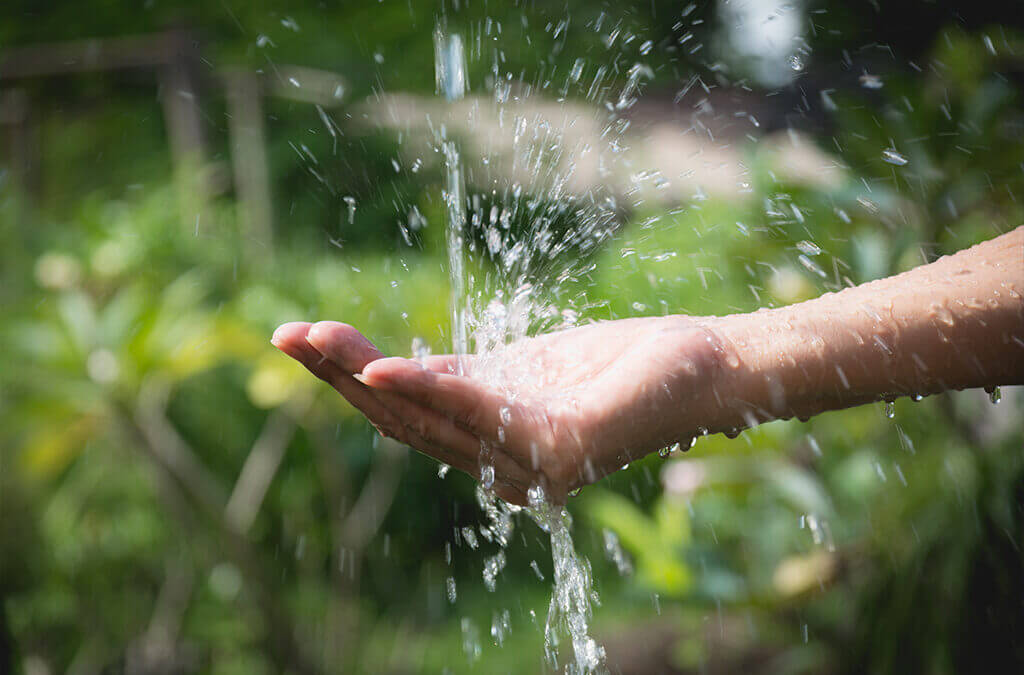 Biofilm builds up in water systems, appearing as slippery scum in pipes, irrigation trenches and other water transportation methods. These thin, slimy films can have a serious impact on growing conditions in agricultural production, and on dairy farming.

Because of the contamination threats from biofilm, effective water treatment is critical for agriculture, horticulture and other related sectors.

Biofilm is a deposit of single-celled bacteria, fungi and algae. These are thin films, that are slimy to the touch. They stick to surfaces, forming a matrix of cellular materials.

A common form of bacterial biofilm include plaque, which forms on teeth, or the slimy material that can block drains. Biofilm deposits can vary in thickness, depending on environmental conditions.

In fact, around 90% of the bacteria you will find on a farm will be in biofilm layers. The problem with them is that they are resistant to common forms of cleaning and disinfection.

A surface may look visibly clean, but unless you break down the biofilms sticking to it, it will not be clean on a biological level.

How Do Biofilms Form?

The formation of biofilms begins when bacteria and other free-floating organisms come into contact with surfaces. Once the biofilms make contact, they begin a process, which is in five stages:

Attachment is the first step. The micro-organisms produce an extracellular polymeric substance (EPS), which enables them to stick together, and secures the biofilm to the surface.

The EPS is a protein and includes enzymes, DNA, RNA, and polysaccharides. But the largest proportion of biofilms is water, which can be up to 97%.

This water enables nutrient flow within the biofilm matrix.

Proteins in EPS help with its structure and physiology, stabilising it and enhancing its adhesive qualities.

Once attached, the biofilm cells grow and divide, and this forms a dense structure which consists of many layers of thickness. But at the same time, at this stage, the biofilm is still too thin to be visible.

Various environmental conditions will influence biofilm growth and thickness. These include access to nutrients, oxygen content and sheer stress from water flow.

A maturation stage, the cells within the biofilm excrete more extracellular polymeric substances.

This creates a complex 3D structure, with criss-crossing water channels that exchange nutrients and waste products.

After maturation, cells detach themselves from the biofilm matrix, enabling them to find new surfaces to adhere to, and thereby spreading bacteria. The enclosing slime protects these cells from the antibiotics, chemicals and immune systems which might otherwise repel or destroy them.

The final stage in the biofilm formation cycle is where the detached cells form colonies of their own.

These colonies can attract other micro-organisms, along with viruses and other lifeforms such as insect larvae, leading to widespread contamination.

Biofilms are biological systems, and the bacteria they contain organise themselves into a functional community that co-ordinates how it acts and reacts.

One theory is that biofilms are a very primitive form, and may originally have arisen as a form of protection for cellular organisms.

Many of the bacteria and organisms in biofilms do not present a direct threat to health, but they can help spawn other more harmful things, such as E coli, Legionella, pseudomonas, cryptosporidium and fungi.

Biofilm can be dangerous, therefore, in a number of settings, including agriculture, horticulture, dairy farming and food and drink production.

Even when biofilms are not directly harming human health, where they affect water used solely for agricultural purposes, they can cause serious harm to plants.

As a grower, you could be fighting stubborn fungal infections in plants, which keep recurring, without realising that the source of the problem is the water supply you’re using to sustain your crop in the first place.

Where plants are growing in indoor conditions, such as greenhouses and hot houses, these can be perfect environments for fungal spores to thrive in, via contaminated water systems.

Another way biofilm can affect plant crops is by depriving them of oxygen. Many of the fungi, algae and bacteria in biofilms need oxygen to survive. These aerobic micro-organisms get this from the water surrounding them, which then leaves the water supply deoxygenated.

A deoxygenated water supply creates agricultural problems. Plant roots cannot survive without oxygen, whereas plenty of harmful bacteria are anaerobic, which means they will grow in this environment.

A deoxygenated waters supply can lead to soil that is oxygen-deficient, which in turn leads to problems with crops.

The impact of biofilm in farming is not limited to plant growth.

Biofilms are an issue in dairy farming because of the risk of cross-contamination. While equipment and livestock pens may appear clean, the danger is that they are not biologically clean.

The presence of biofilms can prevent cleaning agents and disinfectants in reaching cells, while providing conditions that enable these cells to thrive.

As we have seen in the formation cycle of biofilm, once they have reached maturation point, harmful bacterial cells can break free of biofilm and spread contamination.

One example is where a new-born calf is housed in a hutch that previously held a weaned calf. Biofilm can preserve any bacteria from the weaned calf, preventing its removal during the cleaning and disinfecting process. This leaves the new-born calf vulnerable to this bacteria.

Another example of how biofilm impacts dairy farming is when it forms of surfaces in contact with raw milk. Heat treatment may eliminate some bacteria, but where they are heat-stable, they can cause quality issues with end-products, affecting their shelf-life.

Other Industries Affected by Biofilm

Other industries where biofilm can cause serious issues include:

In these industries, biofilms formulate in processing equipment, including water systems, storage tanks, pumps and valves.

Dissolved oxygen levels drop as biofilms thrive, leading to a spread of anaerobic bacteria which give water a sulphurous smell and flavour.

These aspects alone are not harmful to health, but the bacteria give off hydrogen sulphide as a metabolic by-product, which can corrode steel, iron and copper pipe fittings.

Biofilms can also be the source of iron-reducing bacteria, which can further reduce oxygen levels in water, allowing more biofilms to thrive.

The problem becomes one of a vicious circle of contamination that is hard to break.

How Do You Remove and Control Biofilm?

Biofilm is clearly an issue affecting water systems and the industries that depend on them, but how do you remove biofilm and prevent it from recurring?

To combat biofilms, you must break them down. This can be challenging, since they have greasy, slimy coatings to protect themselves.

Traditionally, chlorine dioxide and hydrogen peroxide have been effective in removing, preventing and controlling biofilm in water supplies.

As disinfectants they work against bacteria, fungi, viruses and protozoa, killing microbes. But chlorine will not kill cryptosporidium, and as a powerful oxidising agent, it can cause corrosion to pipework in the long-term. Hydrogen peroxide may damage some surfaces and is hazardous in high concentrations.

There is, however, now an alternative to both chemicals, which provides fast and effective destruction of biofilms and micro-organisms.

Oxyl-Pro is hydrogen peroxide-based, but it uses only food-safe ingredients to stabilise its chemical content. This ensures its safety as both disinfectant and decontamination agent.

Oxyl-Pro is a versatile disinfectant, for use in agriculture and horticulture, livestock farming, the food and beverage industry, and in water treatment.