What is Water Chlorination and is it effective? 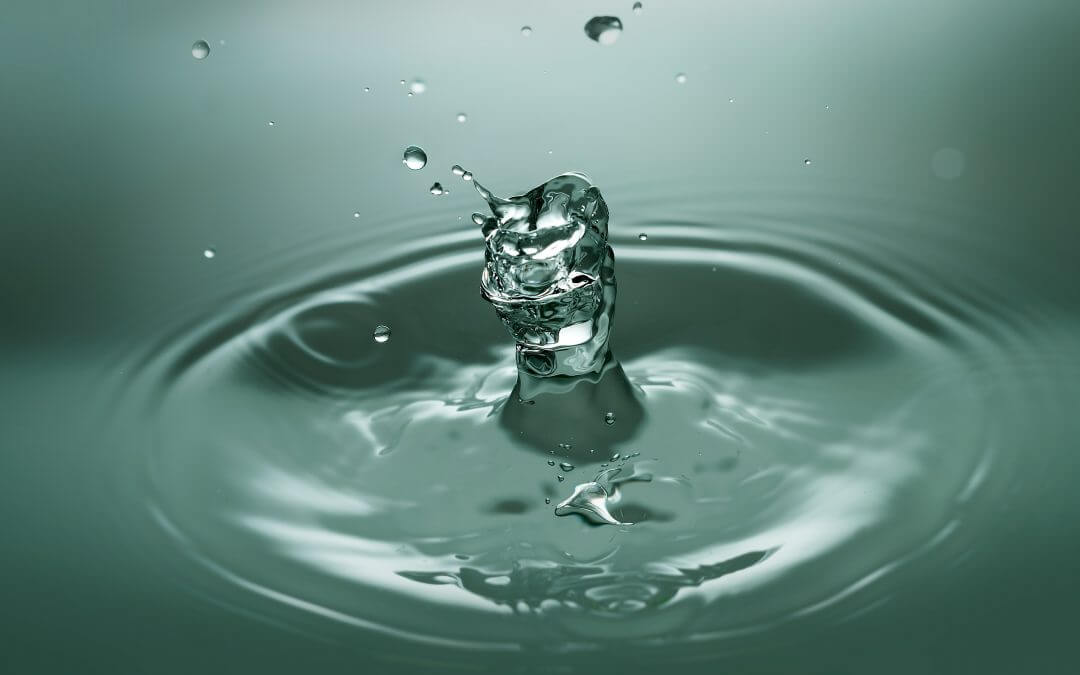 Putting chlorine in water as a disinfectant has been established for a long time, but chlorination is one of many methods for disinfecting water.

But how effective is it and can it be harmful to humans?

Why is Chlorine Used in Water?

The first use of chlorine in water was in the late nineteenth century, and it is still widely used as a disinfectant.

In fact, it was first used to remove odours from water, and it was only some years later that people discovered its disinfecting properties.

It swiftly became an effective tool for reducing the amount of disease transmitted in water.

In various water sources such as lakes, rivers and groundwater there are microorganisms. Not all of these microorganisms are harmful to human health, but some can cause disease in humans, and in animals.

These pathogens are transmitted in drinking water, which is how they can then infect people with diseases.

Disinfectants added to water inactivates or kills these pathogens. Chlorine is one such disinfectant.

A major advantage of using chlorine in water as a disinfectant is that it is effective against bacteria and viruses. However, it will not inactivate all microbes. Some protozoan cysts are resistant to it, for example.

Another advantage of chlorination is that it is an inexpensive disinfection method, and it is easy to apply.

The reason why chlorination is an economical disinfection method is that it requires a lower CT value. The CT value is a combination of:

Once the water has gone through sedimentation and filtration processes, many unwanted organisms have already been removed, therefore it requires less chlorine, and less contact time, to be effective.

What is the Chlorination Process?

You can add chlorine to water at any time or point during the water treatment process. There is no single specific time for adding it, but application will depend on what type of water contaminant it is controlling.

The advantage of this multi-tiered approach is that you can then use chlorine across an entire spectrum of treatment.

There are various stages for using chlorine in water:

Pre-chlorination is when you apply chlorine very soon after it enters a treatment facility. It is added directly to raw, untreated water, or in the flash mixer. Adding chlorine at this stage can destroy algae and other aquatic lifeforms, to ensure they do not affect treatment later on.

This stage of treatment can also remove tastes and odours, and help to control any biological growth in the water system.

Another stage for adding chlorine as a disinfectant occurs after sedimentation of the water, but before filtration. In addition to controlling biological and algae growth, removing tastes and odours and removing colour, it will also remove traces of iron and manganese.

The most common use of chlorine in treating water occurs at the end of the treatment process. The main objective here is to disinfect the water supply and maintain residual levels of chlorine in the water for when it travels through the system for distribution.

How Long Does Chlorine Stay in Water?

The residual levels of a disinfectant are vital in how effective it is. Basically, the longer it stays in the water distribution system, the more effective it will be.

Re-chlorination is a process for maintaining chlorine residual levels.

Chlorine in water results in the formation of hypochlorous acid and hypochlorite ions. These are the main disinfecting compounds.

How much chlorine you require to disinfect water will depend on the impurities in the water you are treating. They may require large amounts of chlorine to react with all the impurities that are there.

A certain amount of chlorine is first necessary to create breakpoint, which satisfies the removal of impurities.

But after this, you can add more chlorine to create residual chlorine to ensure proper disinfection of water supplies for distribution.

This residual chlorine helps ensure that distributed water supplies retain the necessary amount of chlorine for when they reach users.

The fastest method for removing chlorine from water is to boil it.

How Effective is Chlorine in Water?

There are various factors that can affect the disinfection process. The main ones are the concentration of chlorine you add, and the contact time – how long you allow the chlorine to react with any impurities in the water.

Chlorine does need time to inactivate any microorganisms. Contact time is the time from when you add the chlorine to when someone consumes or uses the water.

Chlorine can be effective in killing bacteria and viruses, but not protozoan cysts. These are an infectious form of various protozoan parasites, including giardia lamblia, balantidium coli and entamoeba histolytica.

What are the Problems with Chlorine in Water?

Chlorine is an effective disinfectant, but it can be toxic for humans. It can be an irritant to the eyes, nose and respiratory system.

Chlorine gas is the least expensive form of chlorine for use in water treatment, and therefore a popular one. But chlorine gas can be hazardous to health, if improperly handled, and it can be fatal at quite low concentrations.

The concentration of chlorine in drinking water is usually very low, so acute exposure is not an issue.

However, prolonged exposure to chlorination carries a long-term risk of cancer. The reason for this is the presence of disinfection by-products such as trihalomethanes (THMs).These are chemicals that you find in chlorine-treated water.

When you add chlorine to water, it combines with other natural compounds, which leads to the formation of these THMs.

They are carcinogens, and therefore there are various health risks associated with chlorinated water, including bladder, colon and rectal cancer. Of these, bladder cancer is the most severe risk.

Long-term exposure to chlorine leads to the production of free radicals in the body, which are carcinogenic and cause severe damage to cells.

Long-term exposure to chlorine leads to the production of free radicals in the body, which are carcinogenic and cause severe damage to cells.

Is Chlorinated Water Safe to Drink?

Chlorinated water is usually safe to drink because chlorine content is very low in drinking water.

Much higher concentrations of chlorine are used routinely to disinfect swimming pools, for example.

However, people may occasionally notice a smell or taste of chlorine in their drinking water. If this is prolonged and does not go away, then it is advisable to contact the local utilities provider and let them know.

It is rare for there to be short-term effects from chlorinated drinking water. There have been studies on the risks of miscarriage and low birth rates associated with water containing THMs. But the results, to date, are inconsistent.

Are There Alternatives to Chlorine in Water?

There is a broad range of chemicals for a range of water treatments. Of these, some are disinfectants and biocides, and include:

Chemicals used in water disinfecting and purification can cause pollution, however, even if they do not pose an immediate health risk.

Oxyl-Pro is a revolutionary new process for stabilising hydrogen peroxide for use as a water disinfectant. It involves no potential pollutants and is highly effective as a biocide, algaecide and oxidant.

It has no odour or taste, and is NSF and ANSI certified for treating drinking water. Oxyl-Pro is also suitable for rainwater harvesting.

For more information about Oxyl-Pro, please complete our contact form, call us on +44 1606 851 782, or email enquiries@oxylpro.com